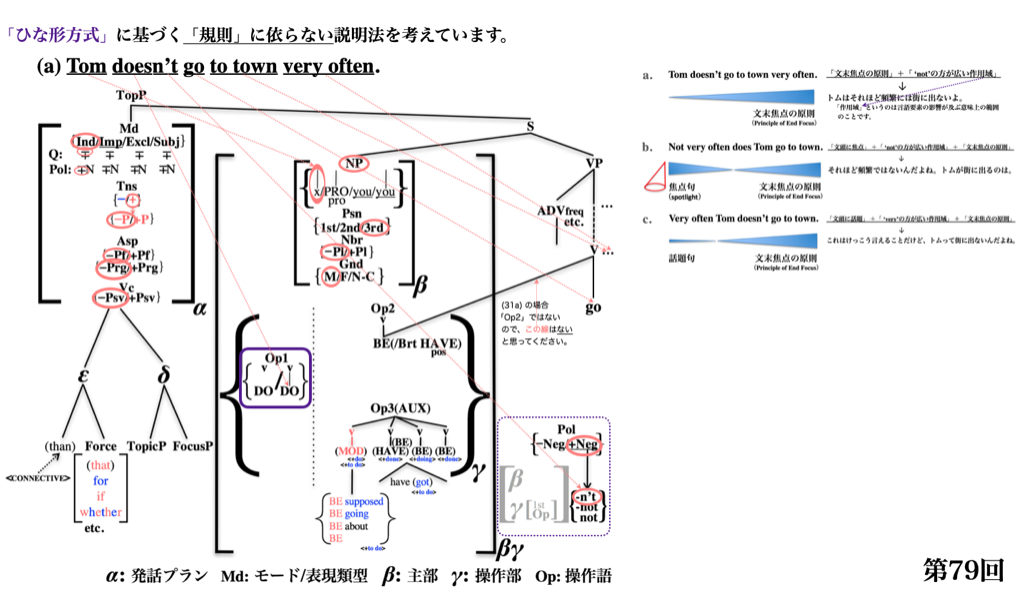 A Critical Review of English Education (189)

A Critical Review of English Education (189)


Twitter Facebook LINE Email
Since 188 (plus some) days ago, we have picked out and been discussing the following sentence,

This is a pen.

which unfortunately has long been stigmatized as a typical one of the most unexpected utterances in daily spoken English.

However, isn’t this kind of statement a mere echo of others―perhaps? What’s more, isn’t it possibly just a unilateral blanket opinion?

With this awareness of the issue, we have been executing “factor decomposition” as follows in pursuit of acquiring a more penetrating vision to locate the latent problems involved:

Since twenty-six days ago, we have concentrated on grammar factors again.

First, there is often a “discrepancy” between a sentence’s “phonetic configuration” and its “syntactic structure.”